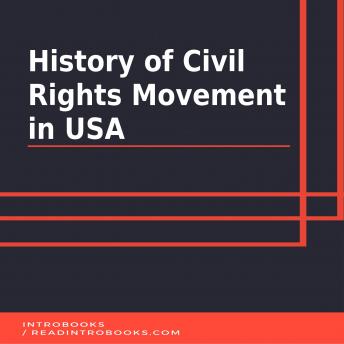 Long before the particular civil rights movement in the United States of America of the time of 1950s & 1960s had started making proper headlines, the response of the black community towards oppression as well as racial inequality was highly under its way. Definitely, as the failed emancipation’s promise in the latter half of the 19th century had given rise to the case of Jim Crow which was viewed as a series of customs and laws that were responsible for segregation and disfranchising of the black community – it was also responsible for compelling a group of individuals towards launching the efforts for asserting their respective constitutional rights and for improving their given standing in the community. Towards the turning of the century, for instance, the outspoken leader Ida B. Wells had grappled with the most major leading issues of the time: the lynching of the people belonging to the black community. Through a series of highly analyzed orchestrated attack on the journalist, Wells had almost brought the given form of violence that tended to be racial singlehandedly –this represented as the major trenchant symbolism of the supremacy of the whites –to the headlines of the consciousness of the nation. However, the others were still mobilizing the overall creation of the leading organizations that would be shaping and supporting the fights & movements for the given civil rights. Under this scenario, Marcus Garvey was responsible for forming the Universal Negro Improvement Association during the time of 1917 for the aim of promoting his contention with respect to the fact that the black community should be working towards self-determination: the idea that was responsible for prefiguring the overall power movement of the black community during the time of the 1960s.