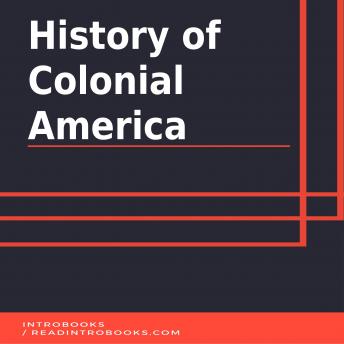 Colonial America was the result of the efforts of Europeans who came to America to maximize the opportunity for their own nation in terms of wealth and to mark their presence all over the world. Spanish started invading in America and were first one to discover this world that was around them were Spanish. The thirteen colonies that framed into fifty states were having influence of the various neighbouring nationalities. John Cabot explored North America in 1497. Queen Elizabeth of England took the initiative to explore more about the place. The country has many unfold secrets as well as many milestones that were created and well-mentioned in history. Being rich in essential chemicals to make a soil fertile, the land of America attracted nations to perform farming. Tobacco farming is the one, that has worked as a great building brick for the colonial set-up. The profit made by farming Tobacco was enjoyed by the Britishers. The country shaped into a well-defined diverse colony having influence of many nations. The religious beliefs and the occupation that gave rise to African slavery framed the ideology of the Europeans who were now partially American. For creating wealth, British colony had explored the world and America was their first target. The country had many incidents, wars, take over by neighbours and variety of challenges. Every colony had its own founder and then the ruler. The major characteristics in the personality of the colonies were influenced by their own ruler, considering the religious belief and the way to trade.