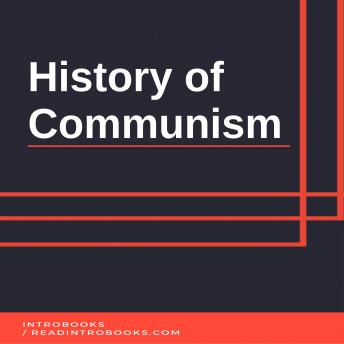 Philosopher and economist Karl Marx was known for his theory of Marxism on which the modern form of communism is based. Communism can be defined as the thought of economic equality where the concept of private property doesn't exist. The vision of communism was built by Marx on the technological and human possibilities that were available and visible at his time while also considering the fact that it would be adopted by the new socialist society.
The ideologies of Karl Marx are based on the thoughts that resulted from distresses and discrimination from capitalism. In capitalism, private business people and corporations owned all industrial units its equipment and the resources required to run them. The owners of these corporations and businesses could exploit the workers who had to work involuntarily for wages.
As per the ideologies of communism, the working class should rise up against the 'bourgeoisie class' and establish a new society void of economic classes where no one has any private property.
The communist society of Marx can be said to be in a position of being at one and at the same time the most illustrious of paradises and amid the least identified. Although there is no one who debates on the significance of his vision of communism to Marxism the vision is unclear.