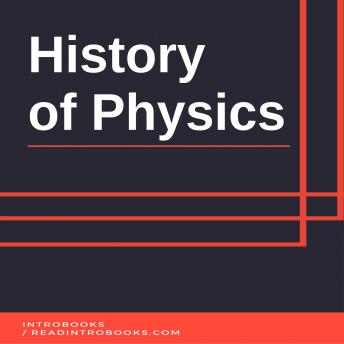 The discipline of science that shades the most light on the structure of the world and also the most advanced one is undoubtedly none other than Physics. Hence, it is much needed to have some basic ideas of not only what the up-to-date development of physics is but also how we came to think in that way and how the whole of modern physics is attached with its history.

In fact, the history of this science begins with Galileo, but in order to understand his work it will be well to see what was thought before his time. The ancient scholars whose ideas were mainly taken from that of Aristotle used to believe that different laws for terrestrial bodies and that of celestial bodies persisted side by side at the same time. They even believed the same holds true for living and dead matter as well. The four basic elements according to them were that of air, water, fire and earth - Among them the heaviest ones were the water and earth while air and fire were believed to be lighter.