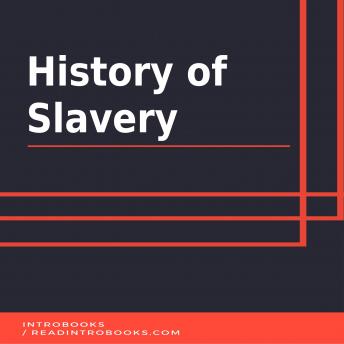 The beginning of slavery can be marked when humans began to settle down. As cities and towns began to take shape and people began to conquer lands so that they could grow food for their people is when the concept of slavery began. Wars and battles were the time when slaves were taken and free labour was used as household and field help. Besides the wars the pirates also sold their captives as slaves for money and sometimes there were criminals who were given the punishment to spend their lives as slaves. Even a debt that couldn't be paid on time would lead to servitude. Slavery was more evil in the ancient civilizations as it would carry on for generations - a slave's child would automatically be a slave. However, most families prohibit the slaves from raising families. There was slavery in every civilization but their positions in the respective societies were quite different.