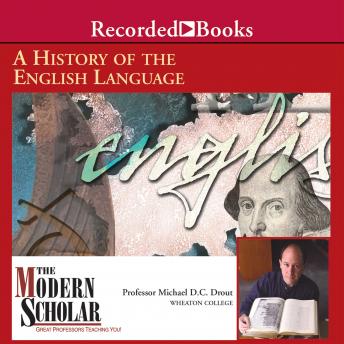 A History of the English Language

Professor Drout addresses the foundation of language and its connection to specific portions of the brain. The components of language are explained in easy-to-understand terms and the progression of the language from Germanic to Old, Middle, and Modern English is fully illustrated-including such revolutionary language upheavals as those brought about by the Norman Conquest and the Great Vowel Shift. One of the most interesting aspects of the English language lies in its variants, such as the 'soda' vs. 'pop' debate and the place of African-American English in modern culture. These and other dialectual curiosities are looked at in detail and placed in the context of today's world. Finally, Professor Drout examines the future not only of the English language, but of all the world's languages.

History of the English Language