A History of the Middle East 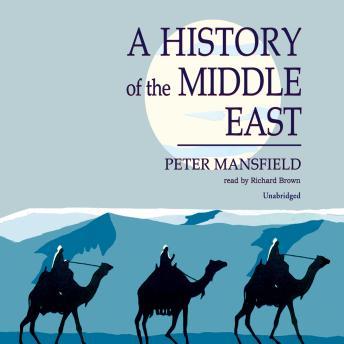 For more than four thousand years, the Middle East has provided a setting for titanic struggles between great civilizations and religions. In the twentieth century it became the focus of rivalry between the European powers as the last major Islamic empire of the Ottoman Turks crumbled and collapsed. The discovery of the world’s greatest oil reserves gave the region global economic importance as well as a unique strategic value.

In this masterly work of synthesis, Peter Mansfield draws on his experience as a journalist and historian to form a picture of the political and social history of the meeting point of Occident and Orient over the last two centuries, from Bonaparte’s marauding invasion of Egypt to the start of the Gulf War. In two penetrating final chapters, Peter Mansfield discusses Saddam Hussein and the prospects for the future.

Incisive and illuminating, A History of the Middle East is essential reading for anyone wishing to understand what is perhaps the most crucial and volatile nerve center of the modern world.

History of the Middle East