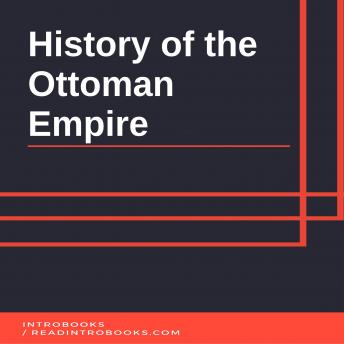 History of the Ottoman Empire

The Ottoman Empire had begun as one of the small states in the Turkish region. It had emerged in the regions of the Asia Minor during the time of the breakdown of the empire and the rule of the Seljuk Turks. It was at the same time that the Ottoman Turks had begun to take in from the other states. It was during the reign of the Muhammad II (1451 - 1481), they had ended all the rule of all the remaining Turkish dynasties. The earliest phase of the expansion of the Ottoman Empire had begun during the rule of the Osman I. Orkhan, Murad I and Beyazid I - all of these at the expense of the Byzantine Empire along with Serbia and Bulgaria.

The Ottoman Empire witnessed several moments of historical importance. It experienced both the rise as well as the fall of the same as the centuries passed by. The World War II had represented quite a unique and exceptional event during which the experience of suffering in the war had become quite common. The entire devastation of the cities along with the slaughtering of the civilians had simply abolished the distinction between the rear as well as the front line. The World War became more familiar and was accepted as the natural part of the social as well as that of the political life. The history of the Ottoman Empire demonstrates the common experiences of the Central, Western as well as the Southeast Europe and puts them in perspective of the brutality shown by the Balkans.

History of the Ottoman Empire