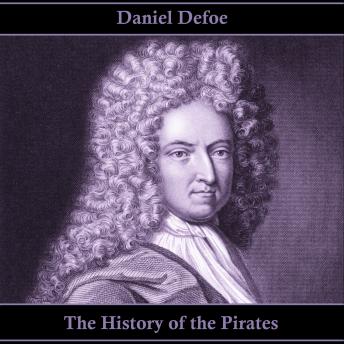 The History of the Pirates

Daniel Defoe is most well-known for his classic novels Robinson Crusoe and Moll Flanders. Born around 1660, he was also a journalist, a pamphleteer, a businessman, a spy. His life was long and colourful, and the breadth of his work, still highly regarded, is infused with similar vigour.It is said that only the bible has been printed in more languages than Robinson Crusoe. Defoe is also noted for being one of the earliest proponents of the novel. He was extremely prolific and a very versatile writer, producing several hundred books, pamphlets, and journals on various topics including politics, crime, religion, marriage, psychology and the supernatural. He was also a pioneer of economic journalism though was made bankrupt on more on one occasion and usually mired in debt. In later life Defoe was often most seen on Sundays when bailiffs and the like could legally make no move on him. Allegedly it was whilst hiding from creditors that he died on April 24th, 1731. He was interred in Bunhill Fields, London.

History of the Pirates