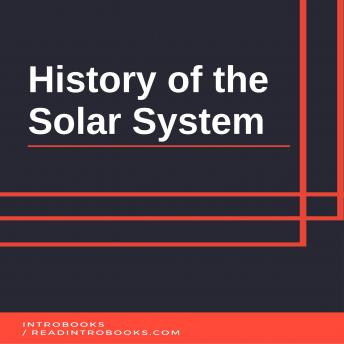 History of the Solar System

Several things, journals have been written and theories have been put forward with respect to the history and the origin of the Solar System. These writings, views, and theories have assumed only the natural processes that were involved in the formation of the Solar System. It has been believed that our Solar System is around billions of years in age. The current view or theory with this respect that has been accepted widely by the planetary scientists of the world is the "Modified Nebula Theory" and the "Capture Theory". Both these theories have been greatly critiqued in the light of providing the evidence for the existence of a younger solar system. As per the approach of the creationists, it is has been proposed that there could be an intelligent design that depicts the age of the Solar System to be less than 10,000 years and the occurrence of a major catastrophe in the solar system in its history. Several approaches for the occurrence of the catastrophe has been examined some of which include the existence of a destroyed planet in the asteroid region and the passing of a debris cloud through the solar system. This approach has been considered to be greatly successful in the explaining the origin of the Solar System rather than the usual naturalistic theories of the origin.

History of the Solar System