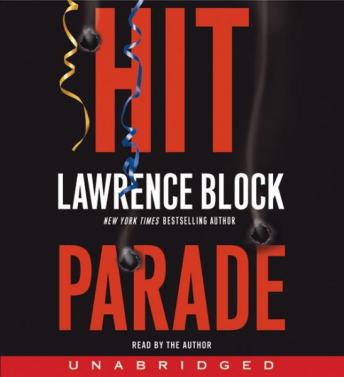 The New York Times bestselling author and master of the modern mystery returns with a fierce and poignant new novel featuring his acclaimed killer-for-hire, Keller. John Keller is everyone's favorite hit man. He's cool. Reliable. A real pro: the hit man's hit man. The inconvenient wife, the business partner, the retiree with a substantial legacy. He's taken care of them all, quietly and efficiently.

Keller's got a code of honor, though he'd never call it that. And he keeps the job strictly business. But while Keller might be a pragmatic and crack assassin, he's also prone to doubts and loneliness just like everybody else. And though he's got Dot, his wisecracking contact and sometimes confidante, these days, it doesn't seem to be enough.

Keller's been at this business a long while. Just maybe it's time to pack it in. Only problem is, retirement takes money. And to get money, he's got to go to work...

Hit Parade, the third novel featuring the fascinating Keller, displays the hallmarks that distinguish Lawrence Block's award-winning fiction: the intelligence, the clever plotting, the humor, the tricky twist and ironic turns, the darkness and emotional complexity -- and, above all else, the humanity.

This title is due for release on July 4, 2006
We'll send you an email as soon as it is available!