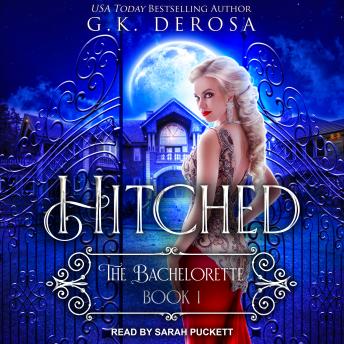 One innocent human girl. Twenty-five supernatural bachelors. Six weeks to choose The One.

When struggling actress Kimmie-Jayne Starr discovers she's snagged the starring role on the next huge reality TV show, Hitched, she thinks all her dreams have finally come true. But as soon as she lands on the beautiful island of Mystic Cove, something feels wrong.

Sure, the twenty-five bachelors are heart-stoppingly gorgeous, but she's certain they're all hiding something-something supernatural. As she gets to know the guys, protecting her heart proves impossible when she finds herself irresistibly drawn to more than just one.

As a string of strange accidents on set grow deadlier, Kimmie realizes there's much more to this dating show than she ever could've imagined. If she can't figure out who's behind these incidents, she'll end up risking more than just her heart.