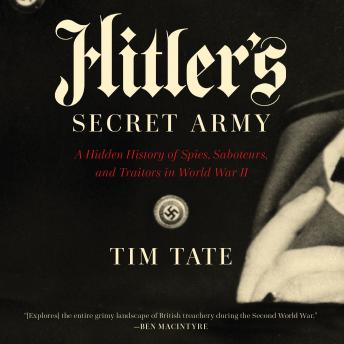 Between 1939 and 1945, more than seventy Allied men and women were convicted—mostly in secret trials—of working to help Nazi Germany win the war. In the same period, hundreds of British Fascists were also interned without trial on specific and detailed evidence that they were spying for, or working on behalf of, Germany. Collectively, these men and women were part of a little-known Fifth Column: traitors who committed crimes including espionage, sabotage, communicating with enemy intelligence agents, and attempting to cause disaffection amongst Allied troops. Four of these traitors were sentenced to death; two were executed; most received lengthy prison sentences or were interned throughout the war. Hundreds of official files, released piecemeal between 2002 and 2017, reveal the truth about the Allied men and women who formed these spy rings. Most were ardent fascists, willingly betraying their own country in the hope and anticipation of a German victory. Several were part of international espionage rings based in the United States. And some were even more dangerous.