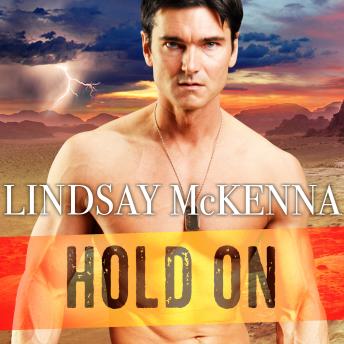 Callie McKinley has been burned by love before, and has learned to carefully guard her heart. Especially from smooth-talking alpha males like Sgt. Beau Gardner. Callie is wary of the Army Delta Force operator, but she is soon taken in by his slow West Virginia drawl, his honesty, and his surprising gentleness. Is this a man she can finally trust with her heart?

Being black ops, Beau Gardner isn't afraid of a challenge. And beautiful Callie McKinley is a big one. He has wanted the beautiful redhead in his bed since he first saw her belly dancing at the annual holiday show at Bagram. But once he begins to break through Callie's defenses and gets to know the woman inside, he realizes he wants more than her body. He wants her heart.

To get closer to Callie, Beau volunteers to provide security for her and her sister while they work at a local orphanage. But when a routine visit to a Afghan village results in a Taliban ambush, Callie and Beau find themselves on the run. And it will take every bit of training Beau possesses to keep them alive. Can he get Callie to safety so that they can explore their growing love?