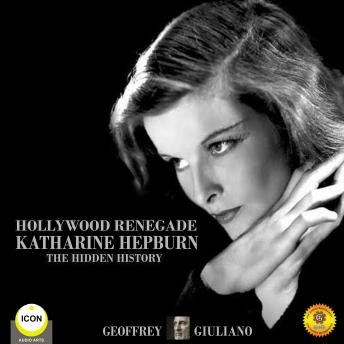 Katherine Hepburn is not only a beloved movie icon, but one of the early progenitors of the American women's movement. Coming from a life of wealth and privilege, she continued her family's tradition of zealously guarding the rights of others while becoming one of the the world's most beloved and original actresses we have known. This is her story in her own words and those of the people who knew and loved her.
Geoffrey Giuliano is the author of 32 biographies on the Beatles and other iconic rock groups of the 1960s. He is also a screenwriter, the voice on more than 500 popular audiobooks, and an actor in 25 films.
Series producer Avalon Giuliano based in New York. Produced by Alex Franchi in Milan. Edited and mixed by Macc Kay in Bangkok. ICON intern Eden Garret Giuliano. Music by AudioNautix.