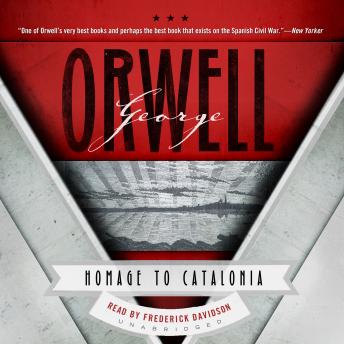 In 1936, George Orwell went to Spain to report on the civil war and instead joined the POUM militia to fight against the Fascists. In this now justly famous account of his experience, he describes both the bleak and the comic aspects of trench warfare on the Aragon front, the Barcelona uprising in May 1937, his nearly fatal wounding just two weeks later, and his escape from Barcelona into France after the Party of Maxist Unification (POUM) was suppressed.

As important as the story of the war itself is Orwell's analysis of why the Communist Party sabotaged the workers' revolution and branded the POUM as Trotskyist, which provides an essential key to understanding the outcome of the war and an ironic sidelight on international Communism. It was during this period in Spain that Orwell learned for himself the nature of totalitarianism in practice, an education that laid the groundwork for his great books Animal Farm and 1984.