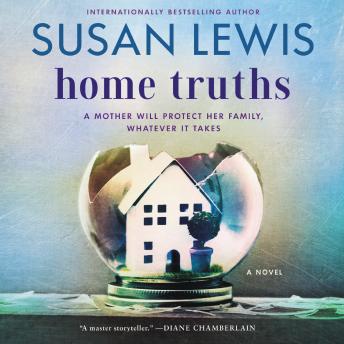 Angie Watts once had what seemed like an idyllic life: a house in a small town in the English countryside with her beloved husband Steve and their three adored children. She never could have predicted how her life would one day turn out.

When her oldest son, Liam, grows from a sweet-natured boy to a troubled teen, Angie’s world begins to crumble. Expelled from school and disappearing from home for days on end, Liam falls in with a notorious local gang. After arriving home one day to find their 5-year-old son with a syringe Liam has left lying around, Steve makes a rash decision that will have lasting repercussions on their family.

Two years later, Steve is gone, Liam is missing, and with money running out, Angie and her other two children are on the brink of eviction. Then Angie is called into the police station and informed that there’s been a murder—and Liam is a suspect. As Angie’s desperation to save her family leads her to take drastic measures, her daughter secretly devises her own plan to save the family…which could put everyone in danger.

Alternating between Angie’s blissful life as a young mother and her present-day nightmare, Home Truths is a searing exploration of the lengths one mother will go to survive and protect her children.