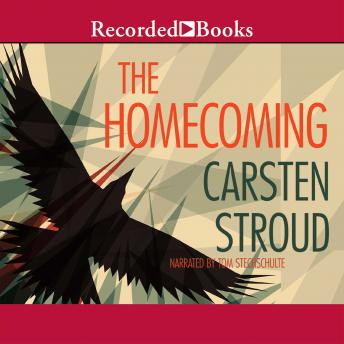 From its explosive opening to its eerie climax, The Homecoming is a page-turning, labyrinthine thrill ride that returns to Niceville . . . where evil lives far longer than men do. When two plane crashes set off a spellbinding chain reaction of murder, inadvertent kidnapping, corporate corruption, and financial double-dealing, it' s not enough that Niceville detective Nick Kavanaugh (ex- Special Forces) has to investigate. He and his wife, family lawyer Kate, have also just taken in brutally orphaned Rainey Teague. Something bothers Nick about Rainey-- and it isn' t just that the woman in charge of attendance at Rainey' s prep school has disappeared. In fact, people have long been disappearing from seemingly placid Niceville, including, most disturbingly, Kate' s father. Using his files, Kate and Nick start to unearth Niceville' s blood stained history, but something (or is it Nothing?) stands in their way. Once again, Carsten Stroud gives us unforgettable characters, including Coker, the steely, amoral police sniper, and Harvill Endicott, an urbanely manipulative psychopath, not to mention Warren Smoles, the most conniving lawyer you will ever meet. Stroud' s unique storytelling gifts bring us into a world where protecting your family from the unknown becomes almost impossible but essential for survival. Anything is possible in The Homecoming.

This title is due for release on September 6, 2013
We'll send you an email as soon as it is available!