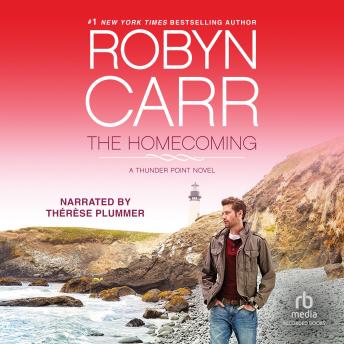 At the age of 19, Seth Sileski had everything. A superb athlete and scholar, handsome and popular, he was the pride of Thunder Point. Destined for greatness, he lost it all in a terrible accident that put an end to his professional football career when it had barely begun. The people in his hometown have never forgotten what might have been. Seth has come to terms with the turns his life has taken. But now he's been presented with an opportunity to return home and show his father - and the people of Thunder Point - he's become a better, humbler version of his former self. Winning over his father isn't the only challenge. Seth must also find a way to convince his childhood neighbor and best friend, Iris McKinley, to forgive him for breaking her heart. With his homecoming, will Seth be able to convince the town, his family, and especially Iris that he's finally ready to be the man who will make them all proud?