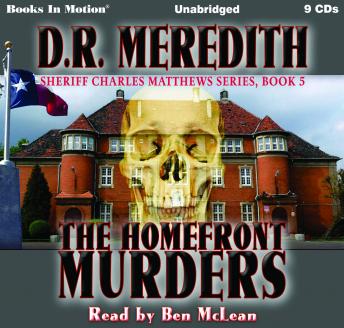 When the mummified remains of a World War II G.I. are unearthed in the sub-basement of the Crawford County Courthouse, the residents, well-known for their nonstop gossip, are suddenly as quiet as the soldier's grave. Sheriff Charles Matthews is frustrated by the town's silence. He isn't planning to arrest anyone for a murder more than fifty years old, but he does want to bury the soldier's remains with a name other than John Doe. One of the local oldsters must know that name, but no one, not even his spinster dispatcher, Miss Poole, will talk. Whoever John Doe was, he still frightens Crawford County's senior citizens fifty years after his death.