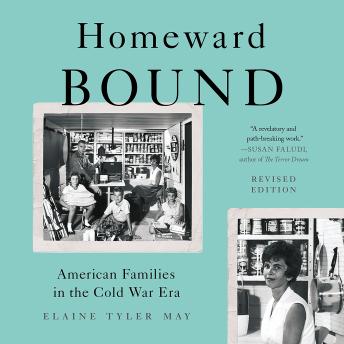 Written By: Elaine Tyler May

In the 1950s, the term 'containment' referred to the foreign policy-driven containment of Communism and atomic proliferation. Yet in Homeward Bound May demonstrates that there was also a domestic version of containment where the 'sphere of influence' was the home. Within its walls, potentially dangerous social forces might be tamed, securing the fulfilling life to which postwar women and men aspired. Homeward Bound tells the story of domestic containment - how it emerged, how it affected the lives of those who tried to conform to it, and how it unraveled in the wake of the Vietnam era's assault on Cold War culture, when unwed mothers, feminists, and 'secular humanists' became the new 'enemy.' This revised and updated edition includes the latest information on race, the culture wars, and current cultural and political controversies of the post-Cold War era.

by Elaine Tyler May