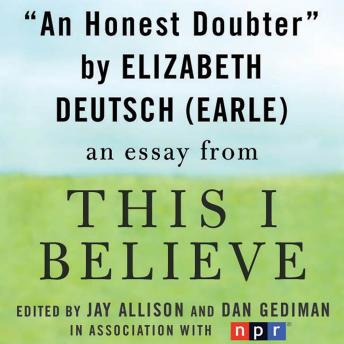 An Honest Doubter: A 'This I Believe' Essay

In this essay originally aired in the 1950s, Elizabeth Deutsch (then 16 years old) became the youngest contributor to the first This I Believe series with 'An Honest Doubter', in which she reflects on her active search for a personal philosophy and a personal faith.