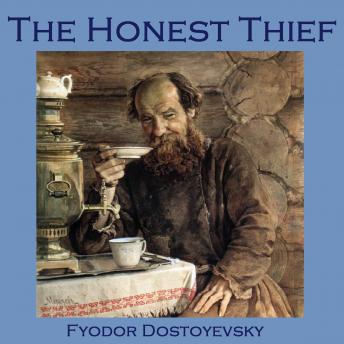 Fyodor Dostoyevsky (1822-1881) was Russia's greatest mystic who wrote of the contest between the rebellious uncertain human and the mystery of divine omnipresence which is revealed to the enlightened in the midst of life's bitterest wrongs and suffering.

His work is defined by a pity and compassion that shines from all his writing. The Honest Thiefis one of Dostoyevsky's tale's of pity, in which he reveals that compassionate sympathy of the Russian mind for all suffering, the pure and noble conscience awakened in the spirit of a fallen man. The central relationship - between the poor peasant and the even poorer old alcoholic tramp who he has taken into his home - is beautifully described and characterized, as they go from a reluctant emerging friendship, through frustration and mistrust, to the final and tragic reconciliation.