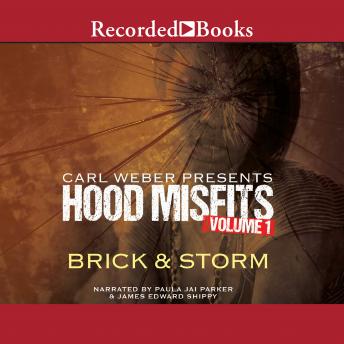 Sixteen-year-old Diamond 'Ray-Ray' Jenkins has it made in the shade, until one wrong move by her parents turns their lives upside down. Their secret of taking from the wrong street King in the Trap, Damien Orlando, has now put her in peril. The death of her parents signals an end to Diamond's semi-perfect life, putting her in the hands of evil. Her only salvation is to learn the game, and to put her trust in a kid wearing a hoodie. Trigga has been a survivor and a killer in the streets of Atlanta for sixteen years, after witnessing the murder of his parents. With his heart set on vengeance, he finds his destiny as a misfit and works his way through the ranks of Damien Orlando's crime syndicate. Once he's forced to snatch up a girl as hard as diamonds, his world changes drastically. It's up to him to use the plan of payback in the form of a simple motto: E.N.G.A (Every Nigga Gotta Agenda). Trigga will have to use it to save them both. With his boy Big Jake, along with Gina and Ray-Ray forming their own family, Dame and every goon in his circle are targets. Chaos is coming, and Dame's most trusted are about to bring him pain and death.

This title is due for release on December 12, 2014
We'll send you an email as soon as it is available!