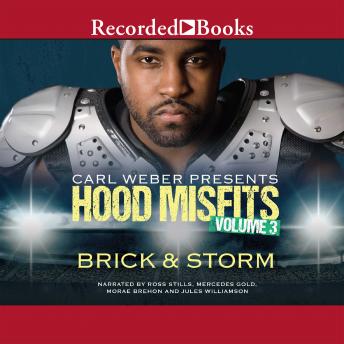 Never underestimate a misfit...All Enzo aka Shawn Banks, and Bianca 'Angel' Smith wanted to do was leave the evidence of their old life behind them, but the past always has a way of coming back to haunt you. When International King Pin, Damien Orlando, was taken down, the streets of Atlanta thought DOA's reign of terror was over, but sometimes even tied up ends can unravel. Step into the underworld of the NFL, where E.N.G.A takes on a whole new meaning, especially for Angel and Enzo. Neither one of them will be prepared for what happens when murder and mayhem takes to the streets of the ATL once again and pulls them in head first. Player steps back into the E.N.G.A world where both Enzo and Angel will see how far some will go to further their agenda.