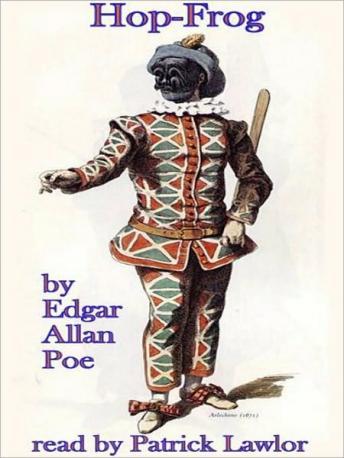 Hop-Frog is a short story by American writer Edgar Allan Poe, first published in 1849. The title character is a dwarf taken from his homeland who becomes the jester of a king particularly fond of practical jokes. Taking revenge on the king and his cabinet for striking his friend and fellow dwarf Trippetta, he dresses them as orangutans for a masquerade. In front of the king's guests, Hop-Frog murders them all by setting their costumes on fire before escaping with Trippetta. It has been suggested that Poe wrote the story as a form of literary revenge against a woman named Elizabeth F. Ellet and several others.

This title is due for release on March 29, 2015
We'll send you an email as soon as it is available!