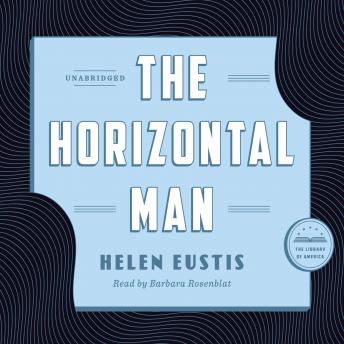 The Horizontal Man: A Library of America Audiobook Classic

Helen Eustis’s The Horizontal Man (1946) won an Edgar Award for best first novel and continues to fascinate as a singular mixture of detection, satire, and psychological portraiture. A poet on the faculty of an Ivy League school is found murdered, setting off ripple effects of anxiety, suspicion, and panic in the hot house atmosphere of an English department rife with talk of Freud and Kafka. This classic novel is one of eight works included in The Library of America's two-volume edition Women Crime Writers: Eight Suspense Novels of the 1940s & 50s, edited by Sarah Weinman.