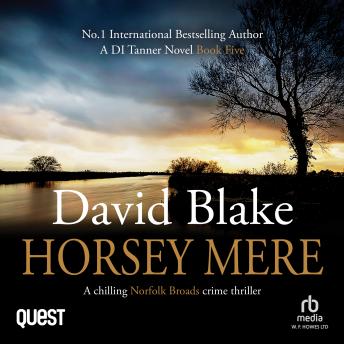 The Crime Thriller Series Of The Year! Set within the mysterious beauty of the Norfolk Broads, this fast-paced British detective series is a dark cozy murder mystery with a slice of humour and a touch of romance, one that will have you guessing until the very end.
The remains of a 17th Century witch, an MP found hanging above a five-pointed star, and three girls with powers beyond anyone's control. As DI Tanner and DS Evans endeavour to make plans for their big day, the chance discovery of Norfolk's last known witch, tried and hanged by Norfolk's infamous Witchfinder General, sparks a chain of the most horrific events, none of which Tanner seems able to prevent.

Oh golly what to say without spoiling it for others . I love these books the partnership between Tanner and Evans is wonderful her humour is funny and many times I have laughed out loud . The plots are well worked and interesting if you haven’t read this author try him it’s an easy listen