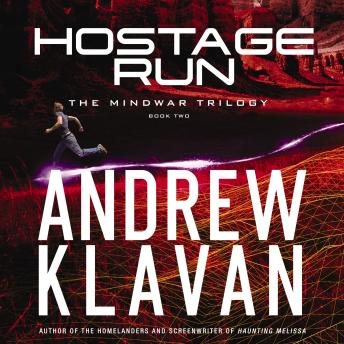 RICK DIAL IS FACED WITH AN IMPOSSIBLE CHOICE: SAVE THE LIFE OF HIS BEST FRIEND MOLLY . . . OR SAVE THE FREE WORLD.

Rick Dial’s career as a superstar quarterback ended when a car accident left him unable to walk. But his uncanny gaming ability caught the attention of a secret government organization trying to stop a high-tech terrorist attack on America. He’s been to the fantastical cyber world called the MindWar Realm . . . and returned to Real Life victorious.

But the stakes have just gone up. Another attack is imminent, and Rick is the only one who can stop it. How can he, though, when terrorists have kidnapped his best friend Molly and are threatening to kill her if Rick returns to the Realm?

As Molly uses every resource of mind and body to outwit her brutal captors, Rick races against time inside a nightmare video game where a fate worse than death may be waiting for him.

Hundreds of miles apart, both will have to test the power of their faith and the strength of their spirits. They’re being forced to a moment of sacrifice . . . one that could cost them everything.