Hostile Skies: The Battle for the Falklands 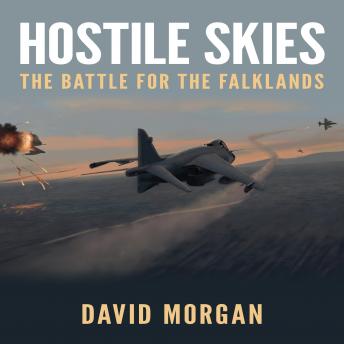 The gripping personal story of a Falklands Fighter Ace.

David Morgan, RAF officer and poet, relives his experiences during the Falklands War in this vivid memoir. On secondment to the Royal Navy when the Argentine invasion of the Falklands began and personally credited with shooting down two Argentine Skyhawks as well as enemy helicopters, Morgan was later awarded the Distinguished Service Cross. Here he recounts his involvement in the first British air-strike against Argentine positions around Port Stanley and describes being first on the scene when enemy jets bombed the landing ships SIR TRISTRAM and SIR GALAHAD. Including the author's heartfelt letters sent back to England to close family and friends, HOSTILE SKIES dramatically recalls what it was really like to fight, live and love during the Falklands War.

“Graphically told, this is the story of an intense and fraught conflict enacted on the edge of endurance. Gripping... “ FLYPAST

Hostile Skies: The Battle for the Falklands

This title is due for release on February 25, 2021
We'll send you an email as soon as it is available!