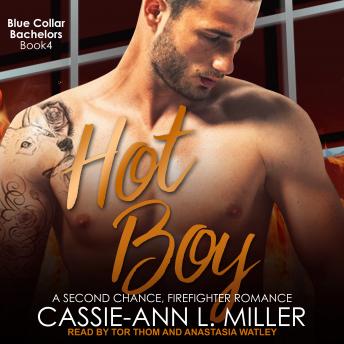 Ben Riggs says he loves me. He says he hasn't stopped thinking about me since he broke my heart and chased me out of town all those years ago . . .

And boy, do those bright yellow, flame-resistant fireman pants look good on him. I'm aching to feel those big, rough hands clenching on my hips and to collect on the illicit promises burning in his dark blue eyes.

Self-control goes up in flames every time he flashes that arrogant smile. So I give in-because a woman has needs. (Am I right, ladies?) He can have my body but my heart is off-limits. I've worked hard over the past few years to prove to myself that I can be successful without him in my life.

But Ben says he won't stop until he wins me back-mind, body, and heart. He says I'd better stop trying to resist him. He may be a fireman but I'm the one fighting like hell against the inferno of lust and nostalgia closing in on us.