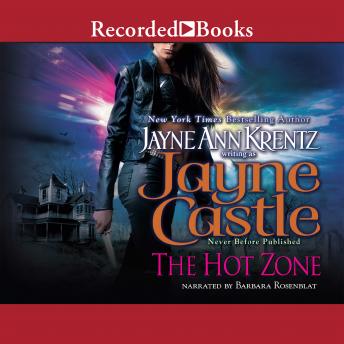 The world of Harmony has its wonders, one of them being Rainshadow Island. Just beneath its surface, a maze of catacombs hides a dangerous secret. Halloween-with its tricks and treats-is a dust bunny's dream come true. Just ask Lyle, Sedona Snow's faithful sidekick. But for Sedona, it's a nightmare. Though her new job managing a small hotel and tavern on Rainshadow is helping her move on from her tragic past, a bizarre disaster down in the catacombs has brought a pack of rowdy ghost hunters to her inn. And now, Sedona's ex has arrived on the island, claiming he wants to get back together, just as a newcomer appears to have a strong interest in her. Cyrus Jones is the new Guild boss in town. He has his own agenda when it comes to Sedona, but even the best-laid plans are no match for the passion that springs up on Rainshadow.