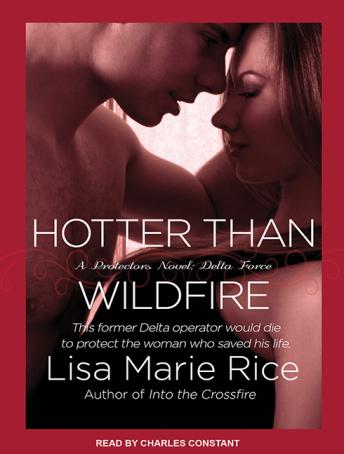 Though her songs have sold millions, she is an enigma, a bewitching mystery. But to former Delta Force operator Harry Bolt, she is an angel whose sultry, smoky voice brought him back to life after the nightmare of Afghanistan. Nothing else matters.

And now a scared, helpless beauty has walked through the door of his San Diego private security firm, running from something secret, something deadly . . . and Harry knows immediately that this is the woman who saved him. He is the last hope for this intoxicating siren without a past. But though she burns to lose herself in Harry's powerful arms, Eve is wary of trusting this tough, haunted ex-soldier who promises to protect her. Surrender could mean sweet ecstasy or certain doom. Can she open her heart, even if it means risking her life?