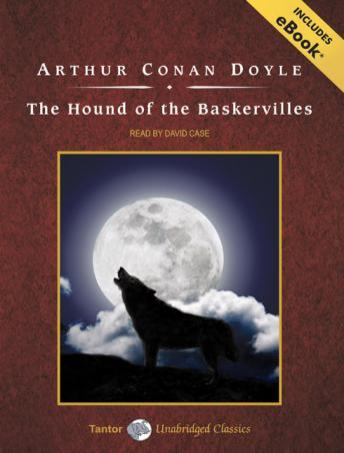 First published in 1901, The Hound of the Baskervilles tells the story of Sir Henry Baskerville, who arrives at Baskerville Hall to investigate the mysterious death of his uncle, Sir Charles. Charles's strange and unexpected death resurrects long-ignored fears about a gigantic ghostly hound that is said to have haunted his family for generations.

Sherlock Holmes, always calm and calculating, uses his keen powers of observation to discern the fine lines between good and evil, truth and fiction, and reason and superstition, even as the story's events threaten to spiral out of control.