The House at the Center of the Worlds 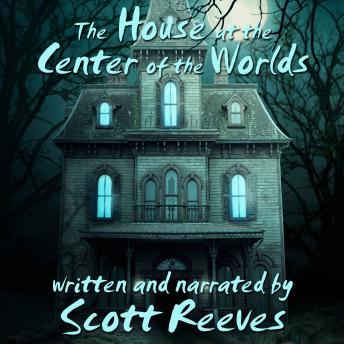 Kurt is a lonely and broken man serving a self-imposed exile from life as he treks, homeless, across the country in search the next phase of his destiny.

One dark and stormy afternoon, he stumbles across a grand old abandoned mansion in the deep woods, far from anywhere.

Taking shelter within, he becomes entranced with the painting of a beautiful Victorian-era woman he finds hanging in the mansion's dusty old library. Etched into the painting are two puzzling lines:

"Scattered by the wind that blows across four worlds,
She longs to come back home, this poor, ensorcelled girl."

THE WORLD OF FIRE

A mystery within the painting sets him upon a quest across parallel worlds accessed through inter-dimensional portals inside the mansion. Worlds which test him, pushing him to his limits, and ultimately providing him with pieces of - of what? He doesn't know...but he doesn't let his ignorance stop him.

THE WORLD OF THE ALL-SEEING EYE IN THE SKY

What is he searching for? And what will happen when he finds it? The mystery of the house at the center of the worlds drives him on, questing blindly toward the climax of a century-old tragedy.

THE WORLD OF THE WARRIOR WOMEN

A paranormal fantasy romance, The House at the Center of the Worlds is a novella that reaches across time and the boundaries of the universe itself to right an old injustice and bring union to two sundered souls.

House at the Center of the Worlds

This title is due for release on December 31, 2017
We'll send you an email as soon as it is available!