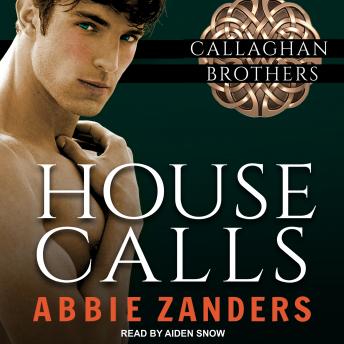 Maggie Flynn has always been a good girl. She leads a simple life and believes in helping others. Under normal circumstances, she would never even consider performing the dance of the seven veils at a bachelor party. But when her best friend begs for help and waves the promise of much-needed cash in her face, Maggie reluctantly agrees to step outside of her comfort zone and relax her lofty standards a little.

Most doctors don't make house calls anymore, including Michael Callaghan. But he's willing to make an exception when the pretty redhead with the jewel-like green eyes takes a header off the stage at his brother's bachelor party. Something about her piques his masculine interest, and it's not just her dancing.

Lightning hits the Callaghan clan a third time when Michael and Maggie find themselves snowbound during a classic nor'easter, but their bond is soon tested when Michael is forced to choose between following his finely-honed instincts and respecting Maggie's wishes.

It's a hell of a choice. Either way, he could lose her forever.

book three has started to get a little repetitive with the love story and the black ops missions are less but still a good read as we get to know each Callahan brother.