House of Echoes: A Novel 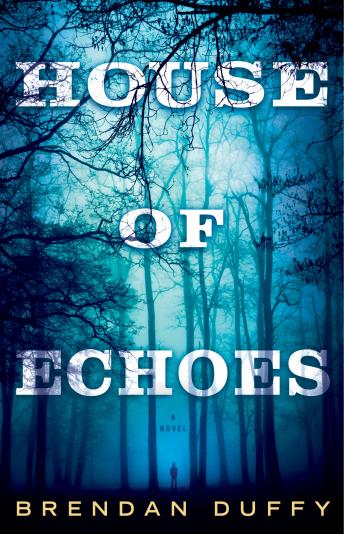 In this enthralling and atmospheric thriller, one young family’s dream of a better life is about to become a nightmare.

Ben and Caroline Tierney and their two young boys are hoping to start over. Ben has hit a dead end with his new novel, Caroline has lost her banking job, and eight-year-old Charlie is being bullied at his Manhattan school.

When Ben inherits land in the village of Swannhaven, in a remote corner of upstate New York, the Tierneys believe it’s just the break they need, and they leave behind all they know to restore a sprawling estate. But as Ben uncovers Swannhaven’s chilling secrets and Charlie ventures deeper into the surrounding forest, strange things begin to happen. The Tierneys realize that their new home isn’t the fresh start they needed . . . and that the village’s haunting saga is far from over.

House of Echoes is a novel that shows how sometimes the ties that bind us are the only things that can keep us whole.

Praise for House of Echoes

“Warning: Brendan Duffy’s debut novel is not for scaredy-cats. If you live for heart-racing chills, this thriller—about a young family that packs up their life in Manhattan for a spot in upstate New York (that turns out to be haunted, of course)—is already calling out your name.”—Refinery29

“Already drawing comparisons to Stephen King’s The Shining, Brendan Duffy’s debut novel offers chills without sacrificing character development. But be warned: you might want to leave the lights on for this one.”—Paste

“Shades of The Shining are spattered through Brendan Duffy’s debut novel—a large isolated house, a young family, nutty and somewhat supernatural goings-on—but House of Echoes grounds itself in different ways for an enjoyable read.”—USA Today

“An exquisite novel . . . expertly plotted, beautifully written . . . It’s complex, deft and, once you dive in, you want to stay in this often-scary world. . . . This is a book that deserves to be savored.”—The Star-Ledger

“Duffy’s debut is a riveting blend of horror and family drama. The remote location, creepy townspeople and the village’s savage history produce a harrowing tale that keeps readers quickly turning the pages. As this complex family struggles with mental illness and their child’s isolation, their redemption comes in the revelation that they can survive anything together.”—RT Book Reviews (4 1/2 stars)

“House of Echoes is one of those stories where you know something bad is going to happen, but you hope it won’t. It’s one you’ll remember long after reading the last page.”—New York Journal of Books

House of Echoes: A Novel