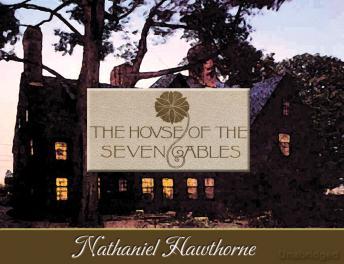 The House of Seven Gables

In the House of the Seven Gables, Nathaniel Hawthorne explores themes of guilt, retribution, and atonement in a New England family and colors the tale with suggestions of the supernatural and witchcraft. An evil house, cursed through the centuries by a man who was hanged for witchcraft, is haunted by the ghosts of its sinful dead and wracked by the fear of its frightened living. The story was inspired by a gabled house in Salem belonging to Hawthorne's cousin Susanna Ingersoll and by those of Hawthorne's ancestors who played a part in the Salem Witch Trials of 1692. Written as a follow-up to The Scarlet Letter, The House of the Seven Gables is truly a masterful blending of the actual and the imaginary.

This title is due for release on August 13, 2011
We'll send you an email as soon as it is available!