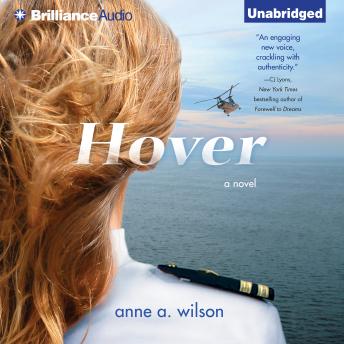 Written By: Anne A. Wilson

Helicopter pilot Lieutenant Sara Denning joins a Navy battle group with little fanfare-and that's just the way she likes it. Sara's philosophy is simple-blend in, be competent, and, above all, never do anything to stand out as a woman in a man's world.

Somewhere along the way, Sara lost herself-her feminine, easygoing soul is now buried under so many defensive layers, she can't reach it anymore.

When she meets strong, self-assured Lieutenant Eric Marxen, her defenses start to falter. Eric coordinates flight operations for a Navy SEAL team that requests Sara more than any other pilot. This blatant show of favoritism causes conflict with her colleagues; Sara's sexist boss seems intent on making her life miserable, and her roommate and best friend-the only other woman on the ship-is avoiding her. It doesn't help that Sara's interactions with Eric leave her reeling.

The endgame of the SEALs' mission is so secret, even Sara doesn't know the reason behind her mandated participation. When Sara's life is on the line, can she find her true self again and follow the orders of her heart before it is too late?

Hover is a thrilling, emotional woman's journey written by Anne A. Wilson, a member of the tenth class of graduating women from the United States Naval Academy. She served nine years active duty as a Navy helicopter pilot.

by Anne A. Wilson