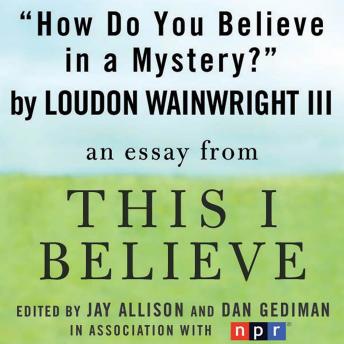 How Do You Believe in a Mystery?: A 'This I Believe' Essay

Musician Loudon Wainwright III explains that the joy in writing a song comes from the mystery of its creation, in 'How Do You Believe in a Mystery?', his contribution to NPR’s This I Believe series.