How Dolly Got Rotherham Reading 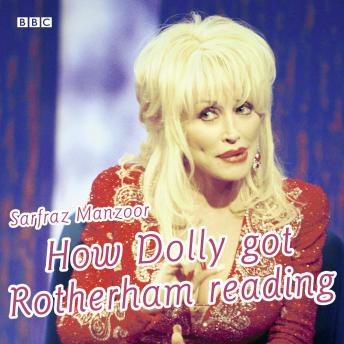 Dolly Parton grew up in poverty in rural East Tennessee, where children only attended school if there was no work to be done on the farm. She came to regard literacy skills as a passport to a better life and in 1995 she launched the 'Imagination Library'. All local children were sent a book a month, from birth to age 5. In 2007, she brought the project to Britain, starting in Rotherham. But what happened next? Travelling to Dollywood for an Imagination Library conference, Sarfraz Manzoor meets people from all over the world who have signed up for the project, and finds that Dolly's influence is global. He talks to Dolly about her life and work, speaks to those who knew her as a child and explores the motivations for this charitable work she undertakes with such passion. It is a journey to the glamorous heart of country music, but one which reveals much more about one of the world's best-loved country singers.

How Dolly Got Rotherham Reading