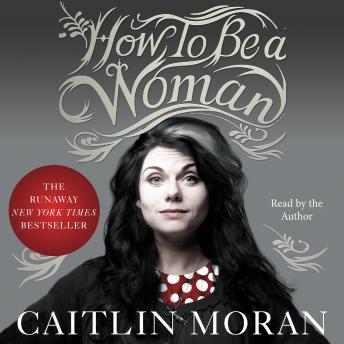 How to Be a Woman

The New York Times bestseller, now available in paperback—“Half memoir, half polemic, and entirely necessary,” (Elle UK) Caitlin Moran’s debut—an instant runaway bestseller in the UK—puts a new face on feminism, cutting to the heart of issues with an irreverent, transcendent, and hilarious touch.

“Caitlin Moran is the profane, witty and wonky best friend I wish I had. She’s the feminist rock star we need right now.”
—Ayelet Waldman, author of Bad Mother

“Caitlin Moran is so fabulous, so funny, so freshly feminist. I don’t want to be like her—I want to be her.”
—Peggy Orenstein, author of Cinderella Ate My Daughter

Caitlin Moran puts a new face on feminism, cutting to the heart of women’s issues today with her irreverent, transcendent, and hilarious How to Be a Woman. “Half memoir, half polemic, and entirely necessary,” (Elle UK), Moran’s debut was an instant runaway bestseller in England as well as an Amazon UK Top Ten book of the year; still riding high on bestseller lists months after publication, it is a bona fide cultural phenomenon. Now poised to take American womanhood by storm, here is a book that Vanity Fair calls “the U.K. version of Tina Fey’s Bossypants….You will laugh out loud, wince, and—in my case—feel proud to be the same gender as the author.”

How to Be a Woman