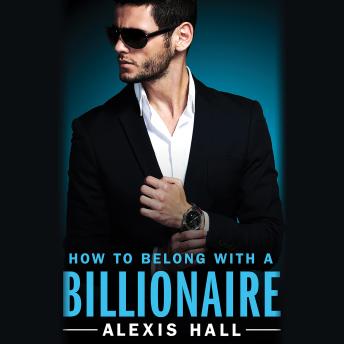 How to Belong with a Billionaire

Don't miss the epic conclusion to Caspian Hart and Arden St. Ives' love story!
If you love someone, set them free...
I thought I'd be okay when Caspian Hart left. He was a brilliant, beautiful billionaire with a past he couldn't escape. And I was ... just me: an ordinary man lost in his own life. It would never have lasted. It should never have happened. Not outside a fairytale.
And I am okay. I've got my job, my family, my friends, and everything Caspian taught me. Except it turns out he's going to marry his ex-boyfriend. A man who doesn't understand him. A man who almost broke him. And I've finally realized it's not enough for me to be happy. I need Caspian to be happy too.
Problem is, I've already done all I can to help him. I've followed his rules and broken his rules and learned his secrets. And he still won't believe I can love him. So now it's his turn. His turn to fight, and trust, and hope. It's time for Caspian Hart to choose me.
The Arden St. Ives Series: How to Bang a Billionaire How to Blow it with a Billionaire How to Belong with a Billionaire

How to Belong with a Billionaire