How to Dance With a Duke 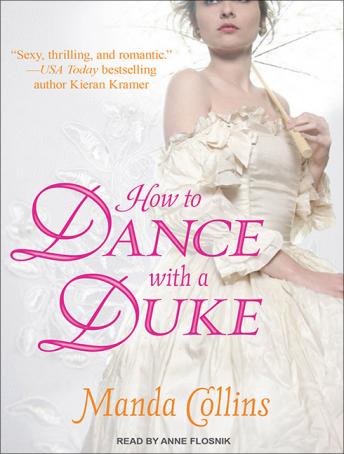 Miss Cecily Hurston would much rather explore the antiquities of Egypt than the uncharted territory of marriage. But the rules of her father's exclusive academic society forbid her entrance unless she weds one of its members. To clear her ailing father's name of a scandalous rumor, Cecily needs to gain admission into the Egyptian Club-and is willing to marry any old dullard to do it.Lucas Dalton, Duke of Winterson, is anything but dull. He's a dashing and decorated war hero determined to help Cecily-even if that means looking the other way when she claims the dance card of Amelia Snow, this season's most sought-after beauty. But Lucas has a reason for wanting Cecily to join the Egyptian Club: His brother went missing during one of Lord Hurston's expeditions to Egypt. An alliance with the explorer's bluestocking daughter could bring Lucas closer to the truth about what happened . . . or it could lead him to a more dangerous love than either he or Cecily could have imagined.

How to Dance With a Duke