How to Date a Dragon 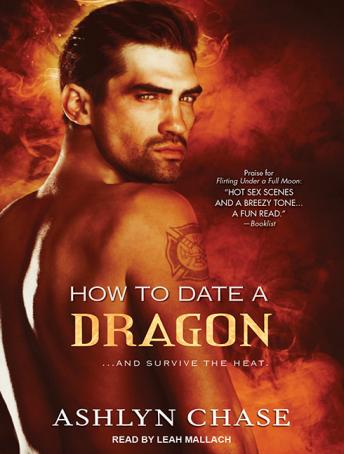 Bliss Russo thought nothing exciting ever happened in her life. Until her building caught on fire and she had to be carried out of the flames in the arms of a gorgeous fireman. Sure, her apartment is now in shambles and she'll have to start her huge work project completely from scratch. But at least her love life is finally looking up . . . if only she can find her red-hot rescuer again.

Dragon shapeshifter Drake Cameron is the last of his clan, and the loneliness is starting to claw at him. He's met only one woman who might be able to stand the shock of his true nature. After all, she barely batted an eyelash when her home burned down. And feeling her curves against him was just as hot as the inferno. Just when he thinks he'll never track her down, she walks into his firehouse-with no idea what she's about to get herself into . . .

How to Date a Dragon