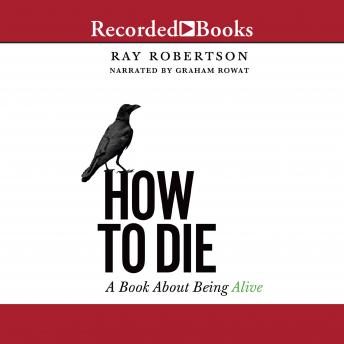 How to Die: A Book about Being Alive

In How to Die: A Book About Being Alive, Ray Robertson meets Montaigne's challenge, arguing with characteristic candour and wit that if we gain a clearer understanding of death, we'll also better understand life. Contending that human beings tend to prefer illusion to reality-and so readily flock to the consoling myths of philosophy, religion, and society-Robertson echoes Publius Syrus, the first-century Roman who claimed, "They live ill who expect to live always." An absorbing excursion through some of Western literature's most compelling works on the subject of mortality, How to Die: A Book About Being Alive is an anecdotally-laden appeal for cultivating an honest relationship with death in the belief that, if we do so, we'll know more about what gives meaning to our lives. Pondering death isn't morbid or frivolous, Robertson argues-not unless we believe that asking what makes for a meaningful life is as well.

How to Die: A Book about Being Alive