Huitzilopochtli: The History of the Aztec God of War and Human Sacrifice 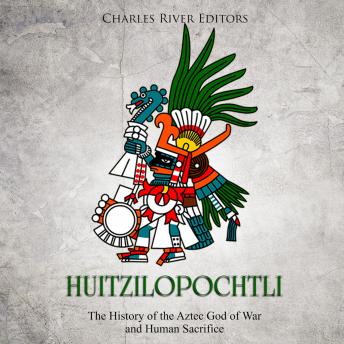 As archaeologists quickly learned, there are numerous temples dedicated to gods all across Mesoamerica, from the Olmec and Toltec to the Aztec and Maya. Furthermore, thousands of people still gather in the ruins of Mesoamerican cities, even as researchers learn more about the civilizations that continue to fascinate modern societies.
To the Aztec, Huitzilopochtli wore a blue-green hummingbird helmet and was draped in pure white heron feathers. He carried a smoking mirror, an obsidian mirror, a shield, darts, and the serpent Xiuhcoatl that carried with it the fury and might of the sun. Everything about him - from his clothes to his weapons - emanated and defined royalty. His name meant Hummingbird of the South or Hummingbird of the Left (meaning the "Southern Part of the World") in the native language of the Aztec, Nahuatl. In his kingly role he was not only irrevocably intertwined with war and conquest but also with trade, the things most important to the great Aztec Empire. He was as bloodthirsty as he was just, and he was the pillar of Aztec society from its mythical beginnings to its tragic end.
The wonderful thing about Huitzilopochtli is that his position in the Aztec pantheon of gods is difficult to define, far more than it would be to define the roles of Zeus, Jupiter, or Odin. Huitzilopochtli was the patron god of the Aztec, but modern scholars tend to think of his importance in terms of scaled growth from (possibly) a mortal man of great acclaim to the god whose temple was at the heart of the Aztec empire. His myth not only formed the basis of some of the more honored and bloody rituals performed by the Aztec, but actually influenced the modern-day Mexican coat of arms that can be found on the national flag.
Huitzilopochtli: The History of the Aztec God of War and Human Sacrifice examines the origins of the deity and his place in the pantheon of gods.

Huitzilopochtli: The History of the Aztec God of War and Human Sacrifice