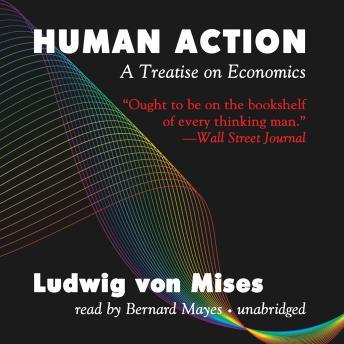 Human Action: A Treatise on Economics

Ludwig von Mises is to economics what Albert Einstein is to physics. Human Action is his greatest work: a systematic study that covers every major topic in the science of economics. It is also one of the most convincing indictments of socialism and statism ever penned. When it first appeared in 1949, it ignited an eruption of critical acclaim.

Rose Wilder Lane wrote, 'I think Human Action is unquestionably the most powerful product of the human mind in our time, and I believe it will change human life for the better during the coming centuries as profoundly as Marxism has changed all of our lives for the worse in this century.' Henry Hazlitt wrote, 'It should become the leading text of anyone who believes in freedom, in individualism, and in a free market economy.' This book is a universally recognized classic in the field of modern economics.

Human Action: A Treatise on Economics

This title is due for release on January 5, 2011
We'll send you an email as soon as it is available!