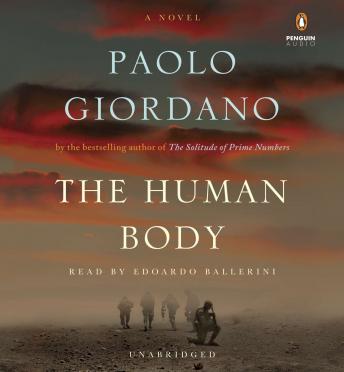 From the author of Heaven and Earth, a searing novel of the journey from youth into manhood

A heartrending, at times darkly comic but ultimately redemptive novel, Paolo Giordano’s The Human Body is an exploration of brotherhood and family, of modern war and the wars we wage within ourselves. It is a novel that reminds us of what it means to be human.

A platoon of young men and a single woman leave Italy for one of the most dangerous places on earth. At their forward operating base in Afghanistan—an exposed sandpit scorched by inescapable sunlight and mortar fire—this band of inexperienced soldiers navigates the irreversible journey from youth to adulthood. But when a much-debated mission goes devastatingly awry, their lives are changed in an instant. And on their return home, they will confront the most difficult challenge of all: to create a life worth living.