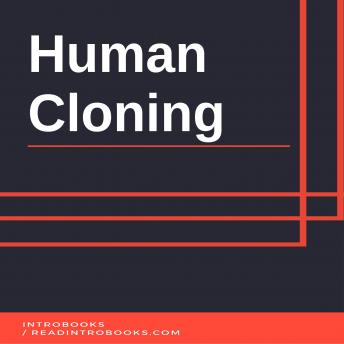 During December 2005, there was an investigation that was conducted at the Seoul National University (SNA), South Korea had observed that the scientist named Hwang Woo Suk was responsible for fabricating the results on the deriving of the patient-matched stem cells out of the cloned embryos. This was the major setback in this field. During May 2005, Hwang made an announcement that a major advance in the creation of the human embryos in using the various cloning methods as well as in the isolation of human stem cells out of the cloned embryos. The series of developments and the advancements have contributed significantly to the existing debate during the 109th Congress upon the ethical and moral implications of cloning of the human beings. The medical scientists in various other labs, like the University of California at San Francisco and the Harvard University intended to produce the cloned embryos of human beings such as for deriving the stem cells for several medical researches on Parkinson's disease, diabetes and several other diseases and illness.